Should I Fix My Broken iPhone Or Just Buy A New One?

In the present-day scenario, every month there is a new phone from every other brand. You bought a new one a few days back, and now a better version of it is already out! It’s baffling, and mind-boggling, especially if you break your phone!

DIY repair kits with manuals are available these days, but you need a steady hand and some experience with that or else it’s a total fail. So, most people prefer getting it done professionally once they have cracked their screens. Besides, getting genuine or even compatible iPhone repair parts anywhere is common now. But, at an Apple store is very difficult to find, and so going, a cheaper route is not an option!

AppleCare and other phone companies provide repairs only for up to 1-2 screens and no more. So, unless your phone has insurance, you’re doomed. 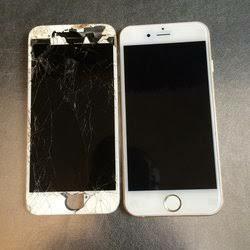 Here we have discussed a few factors that will help you decide whether to fix your old phone or buy a new one:

Hopefully, this article will make things easier for you to decide between getting iPhone repair parts for a fix and getting a new phone!